Safe into the future with the Swiss Microsoft Cloud

The path of the city of Zug into the cloud

Approximately one year of planning, clarifying discussions with Microsoft, making preparations, waiting for Swiss data centers – and then it was finally time: The city of Zug was able to take the next big step towards digitalization and move into the Swiss cloud. 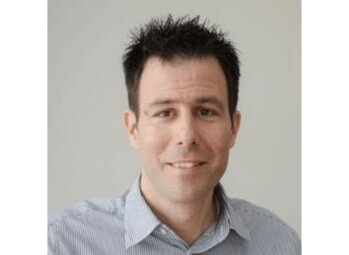 "The agile approach and the really good exchange of know-how within novaCapta have led to a professional cooperation and a very quick project completion."

The call for mobile working

Until not so long ago, the entire digital collaboration of the administration of the city Zug still took place in SharePoint 2013. But the calls for more flexible options, mobile working, and the use of Microsoft teams, for example, were becoming ever louder. However, the data protection and security regulations for administrations don’t make a spontaneous move to the cloud possible. “Of course, there were considerations only to migrate to SharePoint 2019 and stay in the on-prem world. But in the end, we didn’t just want to produce new wine in old bottles, but to create real value for users,” says Fabian Häfliger, department head of ICT projects at the city of Zug. With the creation of the Swiss cloud with Microsoft data centers on site, the framework conditions were in place: Intranet and collaboration were allowed to move to Office 365, a hybrid system was created and the city of Zug is thus entering the new digital age of administration as a pioneer.

But this decision in favor of the Swiss cloud was not enough. There was also the desire for a new intranet for transparent and flexible communication and the introduction of apps and MS Teams. It quickly became clear that a reliable partner had to be found. The choice fell on novaCapta - not only a Microsoft partner, but also a Valo partner.

The intranet solution Valo fulfilled all requirements that were set. It integrates seamlessly into the SharePoint Online world, allows provisioning options, and also offers flexible and above all mobile solutions for news on the intranet. With Valo Teamwork, the collaboration rooms previously running on-prem could also be lifted into the cloud. In the end, the simple usability, the know-how of novaCapta and the price-performance ratio were the decisive factors for Valo. And then it was time to move: About 500 users including their OneDrives and almost 400 collaboration rooms had to be moved quickly and silently. No problem at all with the novaCapta Migration Manager. After the technical requirements had been clarified, the migration was successfully completed within 48 hours.

Into the digital future

In addition, MS Teams was introduced. “After the Corona cold start, we will now continue to work on making users fit for the new tools and possibilities and to anchor them in their daily work,” says Fabian Häfliger. This way, not only the meeting options and the use of the Teams app will help, but also other features will be learned and used. And not only that: The outdated Nintex workflows were moved to the cloud with the help of the Microsoft Power Platform. There are still lots of new things to discover here as well. And as the city of Zug embarks on the road to the digital native, other communities and schools will follow suit. The Digital Workplace can no longer be stopped here.

Zug is home to 30,000 people from 130 nations. The city offers proximity: to the lake, the mountain, the workplace. Zug lives a mix of tradition and modernity. Around 7,000 companies with over 40,000 jobs are located in the city of Zug. The city administration of Zug employs around 200 people. The computer science department with its computer center supports about 450 specialized applications, 2,100 computer workstations and over 3,500 mobile devices.